This is a small insight into the world of an empath, and how low latent inhibition as a trait can 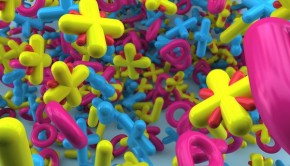