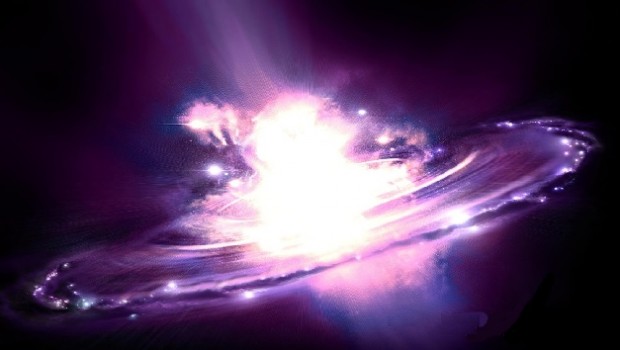 The topic of Indigo children has become a recent fascination of mine after having seen some information regarding them during a few conversations with other people who have low latent inhibition. I had never come across this topic before but the second I started reading about it I had what felt like one of those light bulb moments (one of those tunnel vision moments that happen with LLI where at that moment in time, nothing else matters except making sure you go into the greatest depth possible regarding your area of interest). I then spent quite some time reading into all of the different traits, characteristics and associations that have been made in relation to indigo children but I couldn’t find anything solid that stated WHY they are how they are or why they can do the things they can do.

Back when I was 6-7 years old my parents took me to see a child psychologist, mainly due to the fact that I was being very disruptive in classes at school, would get wound up and frustrated incredibly often and easily and would then end up getting in trouble with the teachers for my behaviour, or getting into fights with other pupils (these fights would occur when I felt that other pupils who were being picked on needed my help to stop the injustice being done). The weird thing was that despite all of the above, I was regularly achieving the highest marks in classes, finishing all my work first before anybody else, I had many friends, was very sensitive regarding feeling and emotions and had an extreme sense of justice. I ended up moving schools at a young age because of how I didn’t ever seem to ‘fit in’ like normal children, but there was never a clear reason why. After having been to see the child psychologist they basically told my parents that I was ‘gifted’, was very intelligent but that maybe I had ADHD or that I was possibly somewhere on the autism spectrum. They could not give a clear answer and so the mystery continued until at 24 I finally found out about low latent inhibition.

Due to my nature (and I imagine my LLI is a huge part of this), I cannot ever stop looking into something until I have the answer I seek. I will relentlessly pursue something until I feel I have reached a satisfactory outcome or gained the correct amount of knowledge that I feel I require. Due to the fact that the last few years I have been looking into all aspects, effects, traits and characteristics of low latent inhibition among an ever increasing number of people, I have come to realise that my low latent inhibition is definitely responsible for the way I was when I was a child as well as the way I am now. This got me thinking…………going by everything I have read then I would definitely have been an ‘indigo child’ myself, yet if the term ‘Indigo Child’ is the label for something, could that something actually be ‘high functioning children who are the way they are because they have low latent inhibition’?

Here is some information about indigo children taken from http://www.2012-spiritual-growth-prophecies.com/indigo-child.html

The Indigo Child and how to recognise one

The indigo child is here to bring us closer to our true essence. We think our minds are separate because of our bodies. These children know differently. A true indigo travels comfortably between worlds usually at night when we think they’re asleep.

Our thoughts and feelings are not our own. The truth is, we have forgotten who we are and how our minds are connected to each other. Indigo children remember and have an inner knowing that far exceeds our psychic abilities.

Having said this. Not all children born since about 1980 are indigos. Many brought major challenges from previous lifetimes they’re still working through. But, once the lessons are learned and the patterns forgiven, they will join the ranks of the cosmic caring indigo.

“The intricate inner workings of our DNA are changing…Brain-wave relationships are spontaneously moving into higher vibrational patterning as the electromagnetic fields within our DNA. Because of this, our brains are working together as cohesive units of consciousness. That means humanity is becoming more aware and moving toward becoming sentient beings – aware of everything all at once all of the time.” Conversations with the Children of Now, Meg Blackburn Losey

Where did the term Indigo Child come from?

Nancy Ann Tappe, a teacher and counsellor, studied the human auric field, otherwise known as their electromagnetic field. The field surrounds every living thing. She even wrote a book about it called “Understanding Your Life Through Colour.”

Through colours in the aura, she instituted a shockingly accurate and revealing way to psychologically profile a person using her new auric colour method. The signs of an indigo child actually began even as early as in the 1950s with a few people. What she noticed was that 80 percent of the children born after 1980 had a new deep blue coloured auric field. She called this new colour “indigo”.

The following sections in relation to behavioural patterns and characteristics is very interesting, I imagine that anyone who believes they have low latent inhibition will have experienced nearly all of the following:

What are the behavioural patterns of Indigos?

Are you or your children Indigo?

These are the characteristics of an indigo as stated in The Care and Feeding of Your Indigo Child:

I would now like to offer my own personal explanations as to WHY I believe each of the characteristics in the second grouping exist, in relation to low latent inhibition.

So with the above and with all the reading and looking into Indigo children that I’ve done, combined with the fact that for the last two years I have been interacting with many people who’ve come to me with questions about LLI, or people who have been looking to find out if they have it or seek advice, (and even a small group of others with LLI similar to mine in terms of their abilities and traits etc.), I strongly believe that Indigo children are in fact children with low latent inhibition who are able to cope with the amount of stimuli they’re having to process and are as a result very high functioning and attuned to the world.

It’s a very interesting coincidence that that the Wikipedia page on Indigo children found HERE mentions both ‘the relationship to attention-deficit hyperactivity disorder’ (most common misdiagnosis of LLI) and also ‘the relationship to autism’ (given that research seems to indicate that those with autism often have LLI but their brains can’t quite handle the load of stimuli they have to process, some predict that it’s IQ levels that dictate whether this is the case or not.

I also know some parents with low latent inhibition who have children also showing the exact same characteristics and traits as listed above in the case of Indigo children, and the parents all showed the same characteristics themselves. This in itself disproves the theory that it is in fact children born of 1978 or later that are indigo children, and that it’s more likely that these type children have been around for a long time. As is the case with so many discoveries, it seems as though technology or psychological knowledge had to ‘catch up’ with the traits exhibited by children before a connection could be made.

Please comment below and many thanks for your continued support!