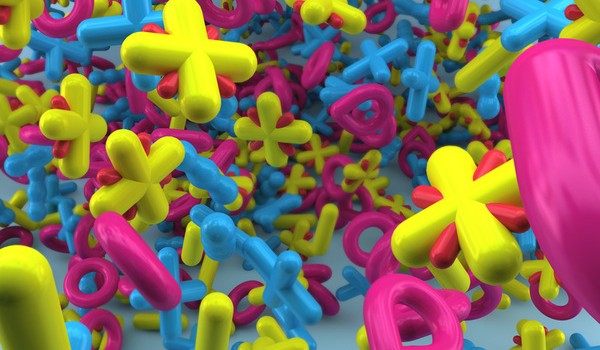 Jordan Peterson of the University of Toronto and colleagues at Harvard University have found that decreased latent inhibition of environmental stimuli appears to correlate with greater creativity among people with high IQ.

The study in the September issue of the Journal of Personality and Social Psychology says the brains of creative people appear to be more open to incoming stimuli from the surrounding environment. Other people’s brains might shut out this same information through a process called “latent inhibition” – defined as an animal’s unconscious capacity to ignore stimuli that experience has shown are irrelevant to its needs. Through psychological testing, the researchers showed that creative individuals are much more likely to have low levels of latent inhibition.

“This means that creative individuals remain in contact with the extra information constantly streaming in from the environment,” says co-author and U of T psychology professor Jordan Peterson. “The normal person classifies an object, and then forgets about it, even though that object is much more complex and interesting than he or she thinks. The creative person, by contrast, is always open to new possibilities.”

Previously, scientists have associated failure to screen out stimuli with psychosis. However, Peterson and his co-researchers – lead author and psychology lecturer Shelley Carson of Harvard University’s Faculty of Arts and Sciences and Harvard PhD candidate Daniel Higgins – hypothesized that it might also contribute to original thinking, especially when combined with high IQ. They administered tests of latent inhibition to Harvard undergraduates. Those classified as eminent creative achievers – participants under age 21 who reported unusually high scores in a single area of creative achievement – were seven times more likely to have low latent inhibition scores.

The authors hypothesize that latent inhibition may be positive when combined with high intelligence and good working memory – the capacity to think about many things at once – but negative otherwise.Peterson states: “If you are open to new information, new ideas, you better be able to intelligently and carefully edit and choose. If you have 50 ideas, only two or three are likely to be good. You have to be able to discriminate or you’ll get swamped.”

“Scientists have wondered for a long time why madness and creativity seem linked,” says Carson. “It appears likely that low levels of latent inhibition and exceptional flexibility in thought might predispose to mental illness under some conditions and to creative accomplishment under others.”

A less able mind has a greater need to be able to filter out and ignore stimuli. A less intelligent person with a low level of latent inhibition for filtering out familiar stimuli may well sink into mental illness as a result. But a smarter mind can handle the effects of taking note of a larger number of stimuli and even find interesting and useful patterns by continually processing a larger quantity of familiar information.