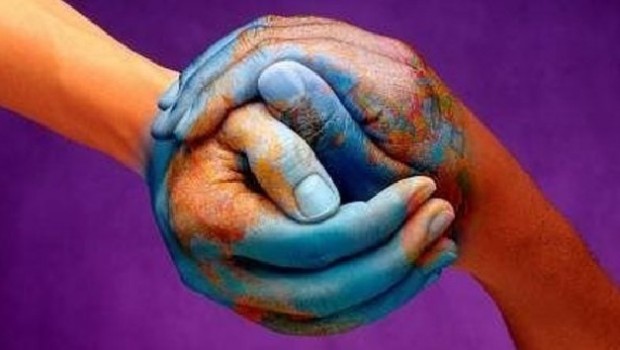 This is a small insight into the world of an empath, and how low latent inhibition as a trait can influence the ability.

An Empath with Low Latent Inhibition

What is Low Latent Inhibition? I will leave you to figure that out by looking through the rest of the website. If you haven’t already, begin by watching the brief description video – a clip from Prison Break, as it happens.

What is an Empath? Well, a simple, logical explanation would define them as people who operate mostly or even entirely through empathy. Feeling empathy allows you to understand something or someone deeply, and to resonate with that object or individual. Someone with this ability will feel extremely in-tune with certain aspects of the world. Here is a list of traits:

30 Traits of an Empath

The difference between your average Joe and an Empath, however, is how often that connection occurs. Nearly every human being is capable of empathy, but they tend to use it on a limited spectrum of interaction with the world. Feeling in-tune with a significant other or pet is considered normal. Some people may even extend it to their friends and acquaintances. There is always a limit, though – and for a majority of the population it doesn’t go far.

As many here may already know, LLI can be a blessing and a curse. We all have our positive and negative moments. Just two days ago I couldn’t handle any extra noise, and yesterday I wanted absolutely nothing to do with other people. Rest, for body and mind, is necessary at some point for everyone – but those who have LLI have to pay much closer attention to their energy levels.

An Empath with LLI is even more complicated! Experiencing empathy (emotional stimuli from every direction) and LLI (sensory stimuli from every direction) 24/7/365 creates a lovely sort of chaos. It is my belief that most of those who happen to be Empaths with LLI suffer greatly, and often succumb to mental health issues. The reality is that someone with one condition or the other can, over time, adapt appropriately; when you have both, though, you’re going to be tested beyond your capacity incessantly.

Just yesterday I was required to attend a court hearing. The case load in that county is astronomical, so they have to put 40 or so cases on the afternoon calendar – which means that you’re likely sitting in a courtroom with people who have high levels of anxiety for far too long. I was in that room with nearly 100 others for almost three hours. My mind processed the environment, the sounds and smells, and every detail regarding the people around me, including body language. On top of that, my Empath abilities allowed me to feel everything they were feeling all at once, and to discern the intent of each person there.

As time wore on, the levels of anxiety increased. When they finally called me up to the stand, I was so tense I didn’t hear them say my name. It was then that I realized that I was allowing all of that information to sort of swirl around in my mind without a destination. I’m not in court often, or any social situation that involves that sort of emotional load, so it will take some work before I’ll be able to sit through something like that without becoming overwhelmed. Keep this in mind, though: I’ve had over 20 years of experience. What would happen to a person who, inexplicably and without method, was suddenly gifted with these abilities without the experience?

There are pros and cons to every aspect of the human condition. Being an Empath with LLI isn’t always a walk in the park, but I wouldn’t give it up if the opportunity arose. Millions of positive moments have existed in my life solely because of those two conditions. Not only do they allow me to see the beauty around me, they have allowed me to help countless people.

One talent I have always possessed is the ability to read potential in anything or anyone. Seeing something like that everywhere you turn allows for an incredible amount of creativity. As always, there are far too many examples to state for an article. The first one that comes to mind is when I was in elementary school. I spent many hours every week just walking through the woods, which happened to be full of pine trees. All of those green needles on the ground looked to me like wasted potential, so I learned to weave baskets and other things with them.

Reading potential in people is a bit different, though it does sometimes involve creativity. Over the years I’ve learned to coach those who want to improve their lives, but don’t know where to start. What seems to me to be self-evident is often a mystery to another person. For instance, one of my co-workers is an incredible performer. She loves to be in the spotlight, and has a fascination with Burlesque. I pointed this out to her and asked why she is working in a candy store when she could be dancing for millions of people every year. She replied that she never noticed her talent.

Overall, it is my opinion that this combination shouldn’t be dropped on just anyone. It takes a certain sort of person to handle all of the sensory and emotional stimuli while continuing to function normally in life. Anyone who is unable to handle this tsunami of information would end up with an extremely low quality of life.

Do you know an Empath, or even an Empath with LLI? Could you be one? This quiz is short and decent:

6 Responses to Natalie Marsh – An empath with low latent inhibition