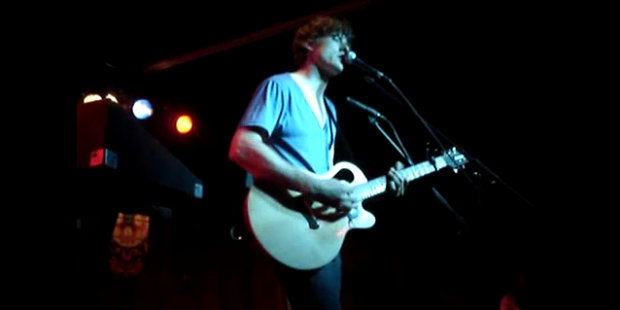 I’ve spent a life time pointing out my observations of the minute details of the universe. It always seemed a typical impulse, though typically met with a perplexed expression from the recipient of seemingly irrelevant information. For those with Low Latent Inhibition there is an underlying feeling of being different. For me, I knew I was different based on people’s reaction to me, but until a few years ago didn’t understand why.

I recall a few weeks after talking with the therapist that diagnosed me, watching a video someone had posted of me performing live. A light went on and I made, for the first time, some kind of sense of why I am the way I am. It was as if I’d suddenly solved what motivates an otherwise cagey individual that I’d known my whole life. The epiphany was multiplied immensely by the fact that it was myself I was understanding in a new way for the first time.

When I perform live there are an array of electronics around me. Foot pedals that make the slightest alterations to the tone of my instruments. One pedal records a phrase or beat, one pedal drops the sound of my guitar an octave to fill bass frequencies, one pedal echoes the sounds I’m making in time with the tempo of each piece and on and on. In any given song there are many different tone alterations, loop triggers, as well as instruments switches. Details, details, details.

To the outside observer, I’ve become more and more oblivious to their reactions to me, most of which are very positive. Someone might say to me, “It’s amazing how you build these songs right in front of the audience, with drums, bass, guitars etc. It’s like watching a producer produce a song right in front of you” (this is almost verbatim of a comment I’m recollecting from the last show I played). The reaction in my head is, “well of course I’d do all those things, these songs need the details. The songs need the beat, the bass line, the layered voices. How else would I do it?”. What actually comes out of my mouth is something more like, “hey thanks for not thinking I’m an alien” (or at least thinking that being an alien is cool).

When I start writing a song I hear a symphony. Not an orchestra, at least not usually. I hear a sound in my head, a big sound, like a big picture, but the details are already implied, they’re already in place. It becomes a sort of algebraic equation, to see the answer, the completed song, then work backwards to fill in the details that are already there. It’s as though I’ve instantly transferred an idea in my mind to canvas, then I go back and study my own brush strokes to understand all of the details.

The first two records I made, I made with someone else sitting in the engineer’s and producer’s seat. I learned on my third album, in order to get the sound in my head onto tape unaltered I had to take on those jobs myself. My third album, “Goodnight Human” ends up being my proudest artistic moment. The sound the listener hears is identical to the sound in my head for the first time, in spite of my limited understanding of audio engineering.

I find it difficult to explain Low Latent Inhibition to others, I don’t know what it’s like to not think this way. If you are someone with what would be considered a ‘normal’ healthy mind, imagine yourself in a situation where you have to explain what being ‘normal’ is. This is my normal.

One Response to Cary Judd