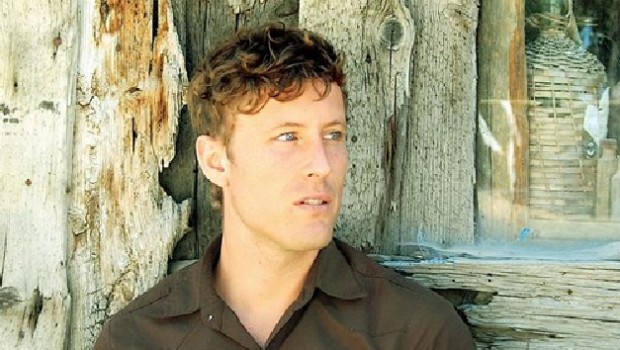 An article written by a musician with LLI offering an insight into how the trait can influence the perception and creation of music.

It’s a little confusing to write an article on how I experience the world. I have to try to assess the perception of what we might refer to as a normal mind and work backwards.

I am a musician. I have Low Latent Inhibition.

I don’t think of myself as particularly talented. I do get moments of inspiration that cause me to write and compose, but once the spark of the idea is there it becomes a mathematical equation. Working to fill in the tones necessary to convey an idea or feeling that originated in my mind’s ear. It makes listening to music a very different experience for me, or that is the assumption, being that I’ve never been ‘normal’.

I don’t listen to music as often as some might think, being a musician. When I do, it’s far more enjoyable if I’m in an up or energetic mood. I believe this is because when I’m feeling energetic, I have a greater capacity to enjoy my low levels of inhibition because I’m able to understand and quantify the incoming stimuli.

When I’m tired or depressed I avoid music in most cases because I can so easily be drawn into the darkness of a sad song or a piece that conveys a tone of loss. I often neglect some of my favorite bands for months at a time because of the melancholy nature of their music (The Cure, Margot and the Nuclear So and Sos, The Smiths, Nine Inch Nails etc). I understand the feeling they are conveying and it affects me too deeply to be able to handle more than a few down songs. I become the mood of the songs.

When I hear a song, I involuntarily begin dissecting what is happening. The drums were recorded in a room this size with microphones placed here and here. The rhythm guitar is being played on a Fender Telecaster with the selector switch on the neck position. The lead guitar part is being played on a Les Paul or a Gibson ES-335 with the selector switch in the bridge position, either way it’s a heavy guitar with a Gibson ’57 classic pickup. That synthesizer comes from either an 80’s era Yamaha DX7, or it’s being modeled by a soft-synth, probably Omnisphere. The compression is pushed pretty tight on the lead vocal which has been tripled, giving the thick effect. In some cases it’s a true double where the vocalist actually sang on multiple tracks while in other cases it’s obviously been done using an effect that copies the original track and offsets it by a few milliseconds to give the effect.

If you’re a musician, maybe some of that made sense.

I often will find myself hyper focusing and singing along to a guitar or bass part that’s buried in the mix but for some reason has reached out to my ear.

A lot of the music that’s easier for me to let go and enjoy has some sort of mysterious sound I can’t peg in it, or is laden with electronics that have been customized by the composer.

I also like when an artist or band, rather than doing the traditional lead over chords finds a way to imply the tone of chords without ever relying on actually playing chords on a piano or guitar. A prime example of this is the album “Disintegration” by The Cure. If you listen to that album (and some of their others) you will notice that it’s very rare for the guitar or keyboard to rely on a conventional chord. The bass lines are in constant motion only landing on or running through the root of the implied chord without lingering long. The guitars and keyboards all do a similar thing in that they are playing intertwined melodies, once again implying an underlying chord progression without ever being so lazy as to strum through a chord. This fascinates me.

I don’t know that I could be diagnosed with synesthesia, but i often make associations with my other senses. Often times a guitar will sound purple or blue, while a kick drum may have a darker grey or black tone to it.

Another thing I love to do is to listen to genres I don’t have a grasp on. Jazz and classical are my go-to choices for this. I became fascinated with both styles in my early 20s, going to the jazz and chamber orchestra concerts they put on for free at the Los Angeles County Museum of Art.

I remember taking some time with a book on jazz chords to gain a small understanding of jazz. I also took up the viola and played in an orchestra for a semester because the mystery of how orchestrated music was pieced together was extremely stimulating. I remember after having gained a very basic understanding of both styles of music making an conscious decision to set my study of them aside.

My reasoning was that they were two styles I didn’t have interest in playing long term and if I didn’t study them too deeply i could still enjoy them as a mysterious form of music. To this day I don’t own a viola and I’ve long since lost the jazz book. Any chance I get to go and hear live jazz or classical, I take. You can see how understanding how every song I hear on the radio is made, might over time steal some of the mystery and magic of music I felt as a child before I’d ever picked up a guitar.

Lyrics are another world all their own. I often will admire a lyricist without calling myself a fan of their music. I think of certain songwriters who do a very good job of portraying pictures through their words in a style I don’t particularly enjoy. i have a lyric writing style that I didn’t even understand until another writer I respected pointed it out to me. I write in pictures. I enjoy hearing music that is written in pictures. The best way I can explain this is using tangible nouns. When I hear a song that goes on about how the voice in the song felt this way, thinks that way, or wants this or that, I immediately tune out. Anyone can talk about their emotions using regular adjectives. There’s nothing special about this.

Going back to admiring an artist I don’t necessarily enjoy would be something like this Ke$ha lyric:

“wake up in the morning feelin’ like P-ditty,
grab my glasses, I’m out the door, I’m gonna hit this city.
Before I leave brush my teeth with a bottle of Jack, ‘
cause when I leave for the night I ain’t comin’ back”.

Then she goes on to illustrating the pedicure she just got and trying on clothes with her girls. I don’t have a lot of love for Ke$ha’s music, BUT, in those short few lines you have mental pictures of what’s happening. You’ve seen P-diddy’s face. You’ve seen a girl brushing her teeth with whisky. You’ve seen the glasses she’s putting on as she’s walking out a door. A feeling has already been established by very clear mental pictures.

On the other hand lyricists like Bob Dylan or Conner Oberst (Bright Eyes) will use pictures in the same way, just talking about more mature subjects. One of my favorites by Conner Oberst uses pictures as well to capture a more enchanting feeling of pending revolt:

It is, in a way, the same as the Ke$ha lyric in that there is a series of pictures in your head, unfolding a story. Sure the Ke$ha track probably ends with a sleazy girl doing cocaine off the back of a toilet in the bathroom of a big city night club while the Bright Eyes lyrics invoke a story of revolution and change, but with both you’ve already started seeing a graphic novel in your head.

I suspect that most people, normal or not, take a lot from the music they listen to. The difference with LLI may simply be the details that are crammed into a three and a half minute pop song, be it lyrics or sound, are more poignant and pressing. Perhaps it’s just the analysis of everything being heard that an LLI mind might be more heavily affected or stimulated by it.

In any case, I feel lucky that music is such a big part of my life. Dr. Michio Kaku, who works in String Theory explained it best. “The universe is a symphony of vibrating strings…we are nothing but melodies, we are nothing but cosmic music…”. I’m fortunate that I get to make my own little universes in my songs. 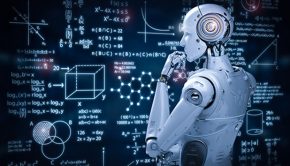 Reflections on LaMDA – What I Believe. Winslow Wilton →